The PGA vs. the NBA: Politics in sports

Professional sports are at a cultural crossroads. Specifically, a political one. While you might expect sports fans to be bingeing on any live competition, the results have fallen along political lines.

In the last month, the NBA, NHL, MLB, and PGA have restarted play. After the major disruption to the NBA season, the MLB spring, and the NHL season, I expected live sports to have huge audiences once they returned.

In fact, among the professional sports leagues, only the PGA is seeing bigger than normal ratings. The NBA is down, MLB is down, and the NHL is holding its own versus pre-epidemic viewership stats.

So why is the PGA outperforming it’s typically stronger siblings in the ratings game?

Politics and branding may be the answer.

Every pro league has had its 2020 season gutted. Even the PGA, whose format is more pliable, had to rearrange all the Majors – including canceling the 2020 British Open.

None of the leagues currently allow fans.

So with sports only available on TV, the playing field is about as even as it can get. The results have been interesting as viewed through the alternate-reality of 2020 politics.

If you had to rank the leagues in order of their “Wokeness”, it would go like this: the NBA is the most “woke” followed by MLB, the NHL, and the PGA, in that order.

That is also the inverse order of their TV ratings.

Is that just a coincidence?

Fans in the stands make a difference when watching sports. It substantially adds to the drama of every sport - even on TV.

When Collin Morikawa hit that 300-yard drive to seven feet on the driveable par 4 16th hole at the PGA Championship, it likely would have been one of the biggest roars ever heard at a Major Championship.

It should go down as one of the most clutch shots in the history of Major golf. But will it?

Watching Morikawa walk down the fairway casually chatting with his caddie rather than being swept along in a thunderous coronation from the crowd was eerily discordant.

Every league is hurt by the absence of fans. But some, like the NBA, seem to be driving them away by taking up party politics.

Whether it’s Greg Popovich, Steve Kerr, LeBron James, or the Commissioner himself, the NBA has firmly planted its flag at the far left of the political spectrum.

But is it good business to mix political speech with sports?

Professional sports are businesses above anything else. Competition and athleticism are the product but viewership, merchandise sales, endorsement deals, and social currency online are the tangible benefits they chase. Those are the things that create astronomical salaries.

The fans are the ones who open the doors to that treasure trove. Without the adoration of fans, all pro athletes are just grown men and women playing a child’s game.

The politically agnostic PGA has figured this out. The “woke” NBA hasn’t.

The NBA has fully embraced Black Lives Matter. You can tell me that its a movement about racial equality and police reform, but I also have the ability to google it. You do, too. And if you do, you’ll see it’s less about George Floyd and more about a far-left political movement.

Don’t believe me? Here is how BLM defines itself:

Read a little deeper for specifics and you’ll find BLM was founded by at least two self-proclaimed Marxists and supports far-left political activism.

Their number one stated goal is registering people to vote in the 2020 election. Exactly which party do you think they hope you support?

Let me be clear. I support BLM’s right to do all of this. I support the NBA’s choice to fully embrace BLM and the Democratic party.

But there are consequences when sports leagues put politics ahead of entertainment.

Imagine if the PGA - a notoriously Republican-leaning sport - had Tea Party slogans on their shirts and bags. Imagine Tiger Woods vigorously defending the 2nd Amendment in his post-round interview.

It’s hard to even wrap your mind around scenarios like that.

Not true in the NBA. It happens all the time. Expressing support for Human Rights activists in Hong Kong? You’re an uneducated outcast according to LeBron and others. Ask Rockets GM Daryl Morey.

That’s just the tip of the “woke” iceberg in the NBA. Any player, coach, or even commentator, who expresses ideas that are not chiseled in stone on the Democratic Party platform are instantly shunned and marginalized. This behavior isn’t slowing down, it’s actually still gaining speed.

Pot-shots at Trump, Republicans, and the police are like a credit card the NBA can’t stop swiping. And the bill is now reaching their doorstep.

Meanwhile, the PGA spent much of the recent PGA Championship broadcast pushing for inclusion in the game of golf. Not exactly a lightning rod issue. Everyone supports more people - of all ethnic backgrounds - playing golf. It’s a rising tide that lifts all boats.

Golf is famous for being the only sport where you are expected to call a penalty on yourself should one occur. That aspect of the game is emblematic of the larger lessons golf teaches us. You are responsible for your decisions and actions in golf. No one else is to blame when you go for it on a par 5 and the ball lands short in the pond.

In golf, everything that happens to your ball is on you. You reap the rewards and consequences of every action. I can’t think of a better lesson to teach our kids.

The NBA hasn’t figured this out. They have forgotten the most attractive thing about sports. Spectators want to escape daily life and be entertained, not chided and proselytized.

I’m not telling anyone to shut up and dribble. The NBA - and any league - should do what they want, be who they are, and say what they want.

Fans can decide for themselves if they want to support a politically activist league. If it works out for the NBA, then I will say they made a great decision for their business by injecting politics into their brand.

People act the way the NBA is acting when they have no fear of losing your love. They think you’ll never leave them no matter what they say or do. That’s a horrible way to manage a relationship and a disastrous way to manage your brand and business.

Sports fans vote with their checkbooks. The NBA made their choice. The PGA seems to have made theirs, too. If current trends hold, one of these leagues made a big mistake. 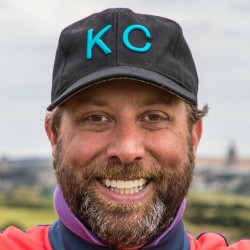