Biggest Battle in Golf History on the Horizon?

Much attention has been paid to the possibility of the Premier Golf League - a concept that lacks players, a content distribution deal, sponsors and courses, but is otherwise rock solid - challenging the supremacy of the PGA Tour.

That’s a testament to a slow news cycle.

The chances of the PGL playing a single event are remote.

But the Tour is moving closer toward the biggest fight in modern golf history - a battle with the USGA and R&A over the Rules of Golf.

Sound crazy? Only because people haven’t been paying attention.

The USGA and R&A recently released the long awaited “Distance Insights Project” that outlined the perceived negative impact distance gains have had on the game.

“We just think this continuing cycle of golf courses having to expand is detrimental to the game,” USGA CEO Mike Davis told Golf Channel.

How many courses that don’t host a high level men’s tournament have had to be lengthened to withstand the assault of increasing distance? I’ll wait for your answer.

Any rollback of golf ball or club technology will be to limit the ability of Dustin Johnson to blast 330-yard drives.

Which brings us to the looming battle between the USGA and PGA Tour.

Sure, the USGA runs the U.S. Open, but should an organization that annually mismanages one of the game’s major championships really be responsible for making the rules for every professional golf tournament?

The NBA, NFL, MLB, NASCAR - you name the organization - they make their own rules. Golf, a game steeped in tradition, has always been different, but that might be on the cusp of changing.

Despite what you hear publicly, the majority of PGA Tour players have little regard for the men in blue blazers, no matter how much they covet a U.S. Open title.

The Tour’s response to the “Distance Insights Project” was lukewarm, and there has been a growing disconnect between the Tour and USGA. In recent years, the USGA has banned the use of anchored putting strokes and severely restricted how greens reading guides are used.

Players using anchored putting strokes started winning major championships and the USGA and R&A didn’t like the look, same with greens guides. So the governing bodies made arbitrary decisions that impacted how professional golfers earn their living.

Regardless of your position on either issue, it’s perfectly reasonable for players and the Tour to wonder why an organization that (poorly) runs two professional tournaments a year should set the rules for the game’s best players on a weekly basis.

Rolling back golf ball or club technology could impact the bottom line for the PGA Tour and the equipment companies that enrich its players.

The Tour is loath to be involved in controversy (see the limp response to Patrick Reed cheating in the Bahamas). But if the USGA and R&A restrict current ball and club technology in ways the Tour doesn’t approve, it will set the stage for golf’s version of a cage fight.

For some of golf’s most passionate adherents, the game is almost religion.

The 501(c)3 and all the money raised for charity is great, but $6.3 billion means you are in the entertainment business. If rolling back ball and club technology is bad for ratings, the PGA Tour has a responsibility to make its own rules.

Such a decision would send shockwaves through the game and the powers that be in Ponte Vedra would be pilloried in the press, but, ultimately, they would win.

Sure the other three majors would initially play by the USGA/R&A rules, but the PGA Championship would follow the Tour’s lead and so would recreational players, who want to play what the pros play (see the hundreds of millions of dollars in Pro V1 sales as exhibit 1A).

When you are a $6.3 billion business, your loyalty lies to the source of that revenue, not the USGA and R&A.

Would they be as fun to watch if the ball “only” goes 290 yards? Hard to say, but you would lose some of the “holy shit” factor that accompanies watching Jon Rahm hit the golf ball.

Dismiss the possibility of the PGA Tour writing its own rules, but it will be on the table, depending on how the USGA and R&A approach restricting distance. 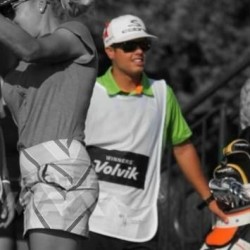